Keith Betton, Chairman of the Hampshire Ornithological Society and Official Bird Recorder for Hampshire, first noticed a pair of peregrines on the New Milton water tower in September 2016.

Keith and Joanna Hayward from New Milton Town Council contacted Bournemouth Water to see what could be done to assist the protected birds and encourage them to nest on the 30-metre high octagonal tower. We worked together to work out the best place to install a nesting box on the tower to encourage the peregrines to breed.

The water tower is still operational and it was decided to place a box in the turret to encourage the birds to nest in an undisturbed part of the tower. A nesting box was installed by Bournemouth Water in February 2017. A web cam was then put on the tower so that the birds could be observed as their breeding season progressed.

Within a few weeks the Peregrines had decided that this was the perfect ready-made nest – and it had a roof! They nested and reared three chicks, followed by three again in 2018, two in 2019 and four in 2020. These have been ringed so they can be identified. The coloured rings allow them to be individually identified from photographs. Two of the past chicks have been spotted in Dorset – so they have remined in the general area.

It is a terrific success story and it is great to have them in New Milton. Since 2017 the peregrine falcons have been nesting on the New Milton Water Tower. Up to date we have had 12 chicks. We would like to thank Keith Betton from Hampshire Ornithological society, Joanna Hayward from New Milton Council and a special than you to all volunteers that help every year. 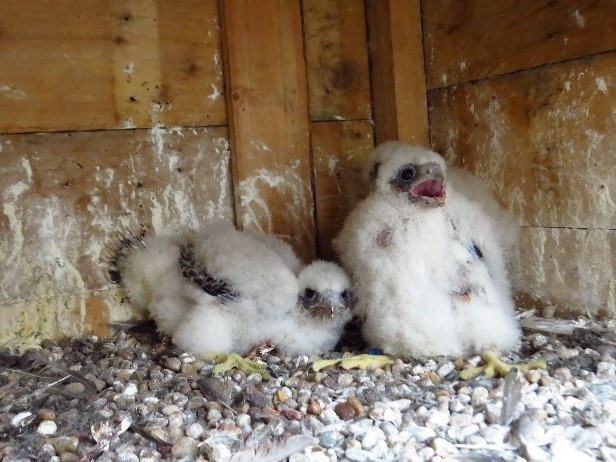 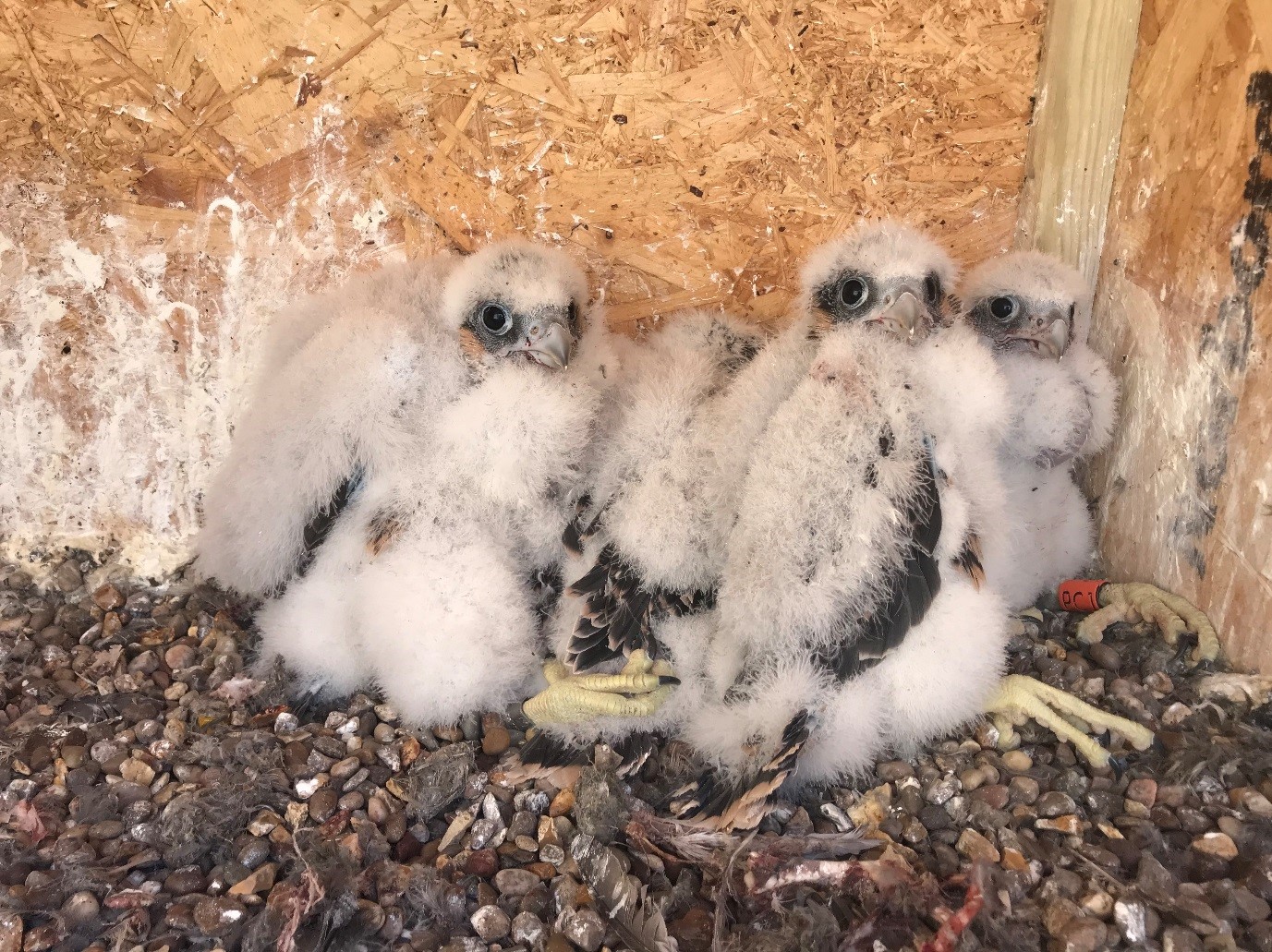 Working in the environment